The latest work of the Lithuanian Mint celebrates the legendary 'city on the clouds' | Lithuanian Mint
×
Free international shipping for orders over 300 EUR!
Back 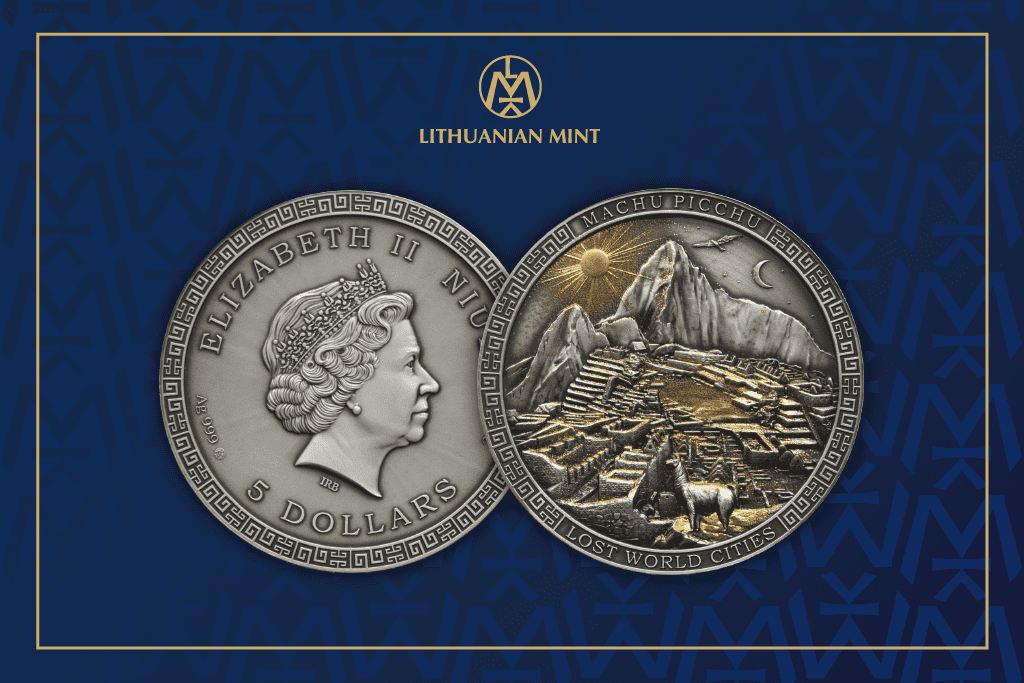 It is estimated that there are more than 2 million cities in the world, though most of us have never thought about the number and variety of them. Do you know which cities that existed centuries ago were important, powerful, and magnificent? Some of them have disappeared mysteriously, and left only history, legends, and extraordinary architecture. The Lithuanian Mint presents the second coin in the ‘Lost World Cities’ series. It is a coin dedicated to Machu Picchu, and it tells the history of the legendary city.

A city that posed many questions

The impressive and mysterious city of Machu Picchu is called the pride of Peru. It is estimated that this city of the Inca civilisation was built in the middle of 15th century, and even today raises more questions than answers for many historians and travellers. Nowadays, it is not only one of the most mysterious, but also one of the most protected places in the world. The territory of Machu Picchu is a no-fly zone, and the number of tourist tickets is limited.

This remarkable stronghold was discovered at an altitude of more than two kilometres, so it is often called the city above the clouds. The greatest secret to date is what happened to this city because it seems that all the people who lived there disappeared mysteriously, and only untouched nature remains. Legend says that the Inca territory located there was invaded by the Spanish conquistadors in 1532, but they did not manage to conquer the city on the slopes of the old mountain called Machu Picchu. Therefore, it remains unknown what happened and where the city residents fled.

A great gift for travellers

Every year the city of Machu Picchu attracts visitors and travellers from all over the world because of its mysterious history. People come to see the impressive remains of the Inca civilisation, take a walk in the territory of the former city, and try to understand its secret. The site offers spectacular views of Peru’s forests, and it is often said that you can touch the clouds when you are in Machu Picchu. It is one of the most impressive and unforgettable places in the world.

Machu Picchu is rich in myths and legends. For example, it remains unclear how the Inca managed to build a fortress at this altitude. Technically, it should have been extremely difficult or nearly impossible for the Inca to deliver complex building materials there, so some people believe that Machu Picchu was built by aliens rather than people. It remains unknown whether Machu Picchu was built as a temple, a place of worship, or as the residence of an emperor? Today, the remains of Machu Picchu are included on the list of UNESCO World Heritage Sites. Those wishing to visit will have to climb hundreds of stone steps.

The Lithuanian Mint invites you to learn the legend of Machu Picchu by admiring the coin of exceptional beauty. It will appeal not only to those who like travelling, but also to those who are fascinated by historical mysteries. Modern minting, partial gilding, and high relief technologies were used to produce this aged silver coin. The mysterious and impressive city is portrayed on the reverse of the coin while the obverse contains a portrait of Her Majesty Queen Elizabeth II.

We invite you to order the new coin of the Lithuanian Mint ‘Machu Picchu (Old Peak)’ HERE.