'The Knight in the Panther's Skin' coin series with medieval flair | Lithuanian Mint
×
Free international shipping for orders over 300 EUR!
Back 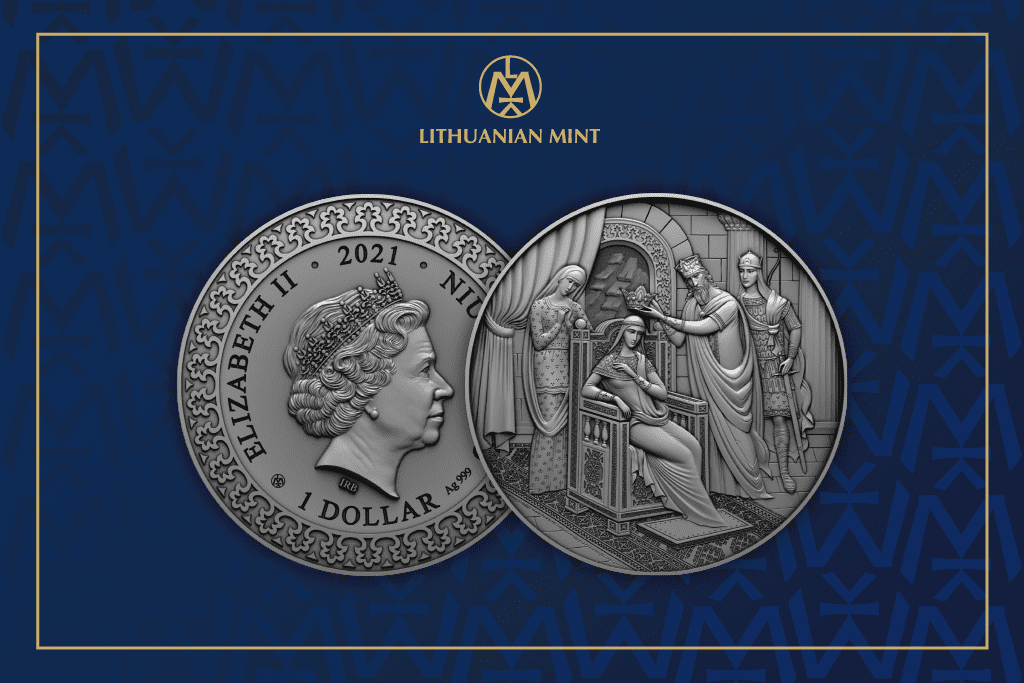 The national epic poem ‘The Knight in the Panther’s Skin’ by the 12th century Kartvelian poet and thinker Shota Rustaveli is considered one of the most significant works in the history of medieval literature. Until the early 20th century, a copy of this poem even was a part of the dowry of every Kartvelian bride. Inspired by this literary masterpiece, the Lithuanian Mint created an impressive series of coins named after the poem. The first coin in the series, ‘The Coronation of Tinatin‘, reflects one of the most important parts of the famous poem – the coronation episode of Tinatin.

A gem of Kartvelian literature and epic romance

Shota Rustaveli is a medieval Kartvelian poet, considered to be the most famous writer of the Golden Age of Kartvelian literature. His work ‘The Knight in the Panther’s Skin’ tells the story of the friendship between two heroes, Avtandil and Tariel, and their quest to find the object of their love, Nestan-Darejan, an allegorical embodiment of Queen Tamar.

Although the poem is set in fictional locations, the characters embody real people and places. Tinatin is the central figure of the work – the king and the queen in one. This personality is linked to Tamar, the first and only queen of Sakartvelo, who still means a lot to the Kartvelians today. There are probably no rulers more revered than Queen Tamar, whose deeds and love affairs are still remembered today, despite that she died in 1213 at the age of merely 46.

The famous work of Shota Rustaveli is usually described as a ‘chivalric romance’, ‘epic romance’ or ‘epic lyric poem’. Despite its formal complexity, it still depicts the Kartvelian vision of the world: the poem’s heroes and devoted friends are united by noble love, generosity, sincerity, and devotion. The work also proclaims equality between men and women. This is an important, recurring theme that stands out brightly in the context of medieval literature.

One of the most striking moments minted

While the entire poem by Shota Rustaveli is full of interesting narratives, the Lithuanian Mint has commemorated one of the poem’s most magnificent episodes – the coronation of Tinatin – in the first coin of the ‘The Knight in the Panther’s Skin’ series.

The reverse depicts the coronation of Tinatin. Much attention has been paid to fine details and patterns to convey the spirit of the times and the atmosphere of the work. The minting process is highly precise and exact, thus, the work is particularly fascinating in its detailing – each element is like a separate piece, but together they combine to create a whole, conveying the unique traditional Kartvelian symbolism.

The obverse of the coin features a portrait of Her Majesty Queen Elizabeth II.