The 2nd part of the 'Myths of Love' series: new details of the story | Lithuanian Mint
×
Free international shipping for orders over 300 EUR!
Back 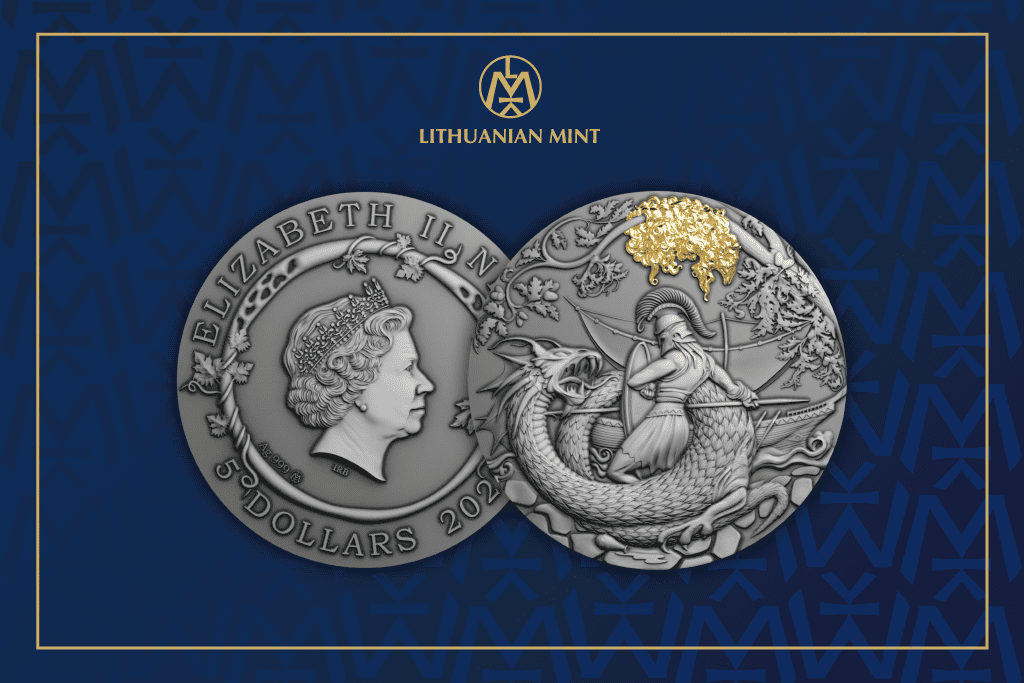 The 2nd part of the ‘Myths of Love’ series: new details of the story

The Lithuanian Mint presents the second piece in the ‘Myths of Love’ series: the ‘Jason and the Argonauts’ coin which is dedicated to love, loyalty and the courage to fight for your dreams.

The victory of heroic Jason and the Argonauts

This coin is the second part of the love story of Medea and Jason. The first one depicts their feelings, and the new coin is like a proof of the promise of love: Jason returns to his beloved with the Golden Fleece – a symbol that true love overcomes all obstacles. There are no opponents too strong, and it is possible to cross even the most stormy seas for the person one loves.

The reverse of the coin features Jason, the hero from Greek mythology, who travelled to Colchis, accompanied by the famous Argonauts, to steal the Golden Fleece. This was one of the tasks Jason had to complete to freely enjoy his happiness with Medea. The new silver coin depicts Jason’s victory. After defeating the dragon guarding the fleece, he returns to his beloved with a proof that his love can overcome any difficulties. This coin tells the story of human fight and triumph in achieving even the most difficult goals.

Love that has no obstacles

The latest collectible coin in the ‘Myths of Love’ series is made of pure silver and is exceptionally beautiful. The reverse of the coin features not only Jason, but also the defeated dragon, as well as the goal achieved – the stolen Golden Fleece. Aeëtes, the king of Colchis, gave Jason even more tasks: to yoke fire-breathing oxen, plough a field sown with dragon’s teeth, and eventually seize the Golden Fleece. The king expected such tasks to be impossible, but Jason’s courage, persistence and pure love for Medea showed that there are no impossible tasks for a person in love.

The coin from the Lithuanian Mint symbolizes endless love that can overcome all obstacles. People who love each other sincerely can turn any fairy tale into reality. This is what the new coin, minted using the latest technologies, depicts.

The obverse of the coin features a portrait of Her Majesty Queen Elizabeth II. It is surrounded by climbing vines – they symbolize the magic herbs Medea used to put the dragon protecting the Golden Fleece to sleep so her beloved could seize it.

The ‘Jason and the Argonauts’ coin was minted using UV printing and high relief technologies. The packaging of the item, a wooden box, features a unique aged design. Therefore, this collectible coin will be the perfect gift for a person to whom you want to wish eternal love or maybe confess your love.

We invite you to order the new coin of the Lithuanian Mint ‘Jason and the Argonauts‘ HERE.