Let’s immerse ourselves in the mysterious world of Asian myths and legends with the new series of coins. Our craftspeople, inspired by ancient secrets, would like to present the first coin in the series, the Mirror People. The coin is a non-standard rectangular shape, and black proof technology has been used, something not previously seen in our coins, which is something magic and magnificent! We invite you to learn more about the world of magic…

The mirror people are a race of creatures that originates in Chinese myths, legends and folklore. The best known account of their existence was documented in 1957, in the Book of Imaginary Beings by famous author Jorge Luis Borges. He tells of a race of people who lived in a dimension apart from Earth. The existence of this dimension was discovered by accident by ancient Chinese magicians, who used mirrors as a portal to connect the two dimensions. This alternative dimension was called the mirror world, and its residents were called mirror people. The worlds came together as one. This order of things was initially widely accepted. Each race viewed it as a possibility for further improving their magic and science, and for this reason their businesses flourished for a long time, probably for many generations. However, after some time, the cultures started to conflict, and the tranquillity was shattered.

It seemed a perfect victory

Chinese ruler and experienced magician, Huang Di, created a prison. He used his skills to create an amazing magic ritual, and everything that had come from the mirror world was taken by a powerful force and returned to that dimension. The mirror people were imprisoned on the other side of the mirror. The emperor warned, however, that the prison he had created would not exist forever and that one day the creatures would be back to try to enter our world once again.

A symbol of peace and tranquillity

Legend has it that a fish was the last creature visible on the other side of the mirror. It is said that now it is a reflection of the light that is sometimes visible out of the corner of your eye when you turn towards or away from a mirror. These fish are the guardians of the gate between our world and the mirror world. Huang Di warned that the day we ceased to see them would be the day the gate would open and the mirror people would once again have access to our world. It would be a great threat to humanity.

The reverse side of the coin portrays a mirror person trying to break into our world from the mirror world. Many believe that mirror people were similar to the Earth’s people in terms of size and shape (the only differences were probably skin texture, skin colour, eye colour, hair colour, etc.). And the coin itself is a gate. Everyone who acquires it can also acquire some positive energy and become a guardian of peace and tranquillity.

The obverse of the coin contains the stylised coat of arms of the island of Niue. The crossed fighting clubs, katoua, portrayed at the bottom, are the symbol of Niue. The motto of the island, “atua Niue tukulagi”, is written above the clubs. 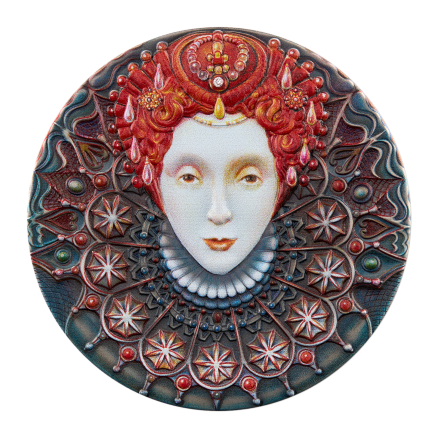 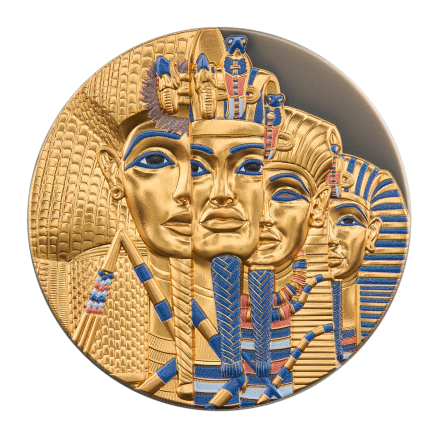 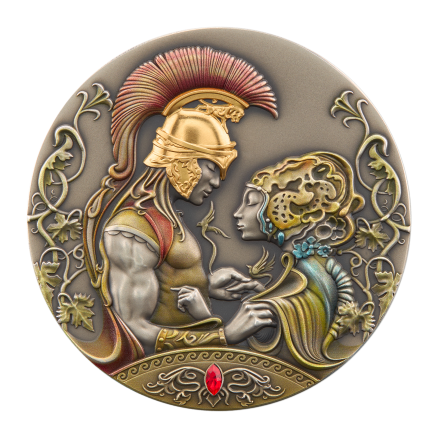 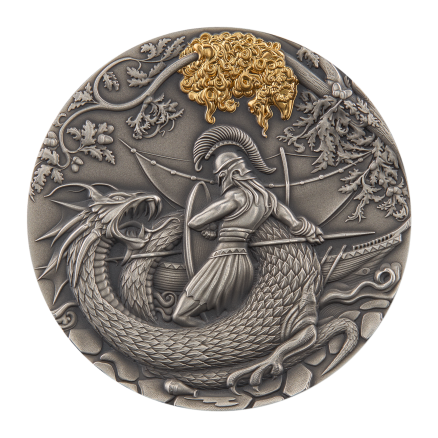