Let’s immerse ourselves in the mysterious world of Fairy tales with the new silver collectible coin. Our craftspeople, inspired by forest secrets, would like to present the coin in the fairy tale series, the Riding Hood.

Once upon a time, there was a little girl who lived in a village near the forest…
Whenever she went out, the little girl wore a red riding cloak. Do you know what kind of fairy tale it is?

Let’s immerse ourselves in the mysterious world of Fairy tales with the new silver collectible coin. Our craftspeople, inspired by forest secrets, would like to present the coin in the fairy tale series, the Riding Hood.  “Riding Hood” is a European fairy tale about a young girl and a sly wolf. Its origins can be traced back to several pre-17th century European folk tales. The two best-known versions were written by Charles Perrault and the Brothers Grimm.

Relationship to other tales
The story displays many similarities to stories from classical Greece and Rome. Scholar Graham Anderson has compared the story to a local legend recounted by Pausanias in which, each year, a virgin girl was offered to a malevolent spirit dressed in the skin of a wolf, who raped the girl. There are also several different stories recounted by Greek authors involving a woman named Pyrrha (literally “fire”) and a man with some name meaning “wolf”. The Roman poet Horace alludes to a tale in which a male child is rescued alive from the belly of Lamia, an ogress in classical mythology. There are many interpretations of the classic fairy tale. let’s find our favourite story.

The reverse of the coin shows a girl with a red cloak and a wolf.
The obverse of the coin has a portrait of Her Majesty Queen Elizabeth II surrounded by a frame representing ice.
The Riding Hood coin comes in a special round box.

Do you wonder why HM Queen Elizabeth II or other symbols of Niue are depicted on the coin?  Read more HERE. 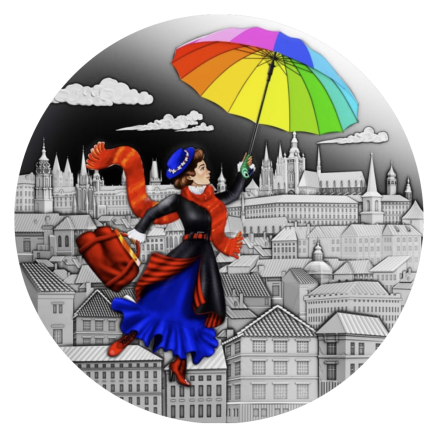 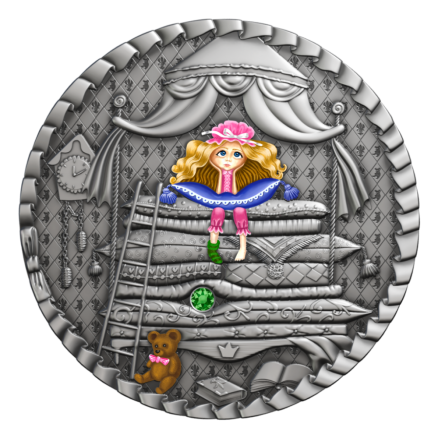 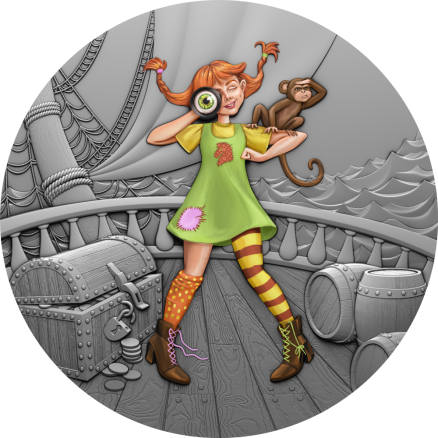 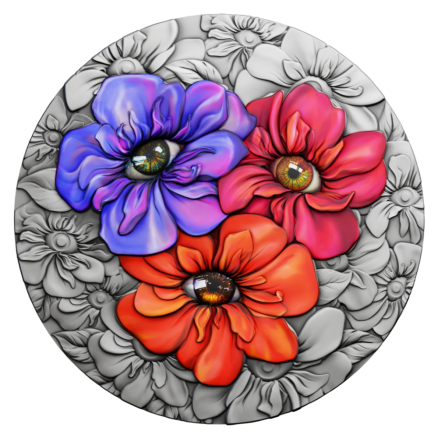