From a drawing on a piece of paper to a silver coin: ‘Wild Scenery’ | Lithuanian Mint
×
Free international shipping for orders over 300 EUR!
Back 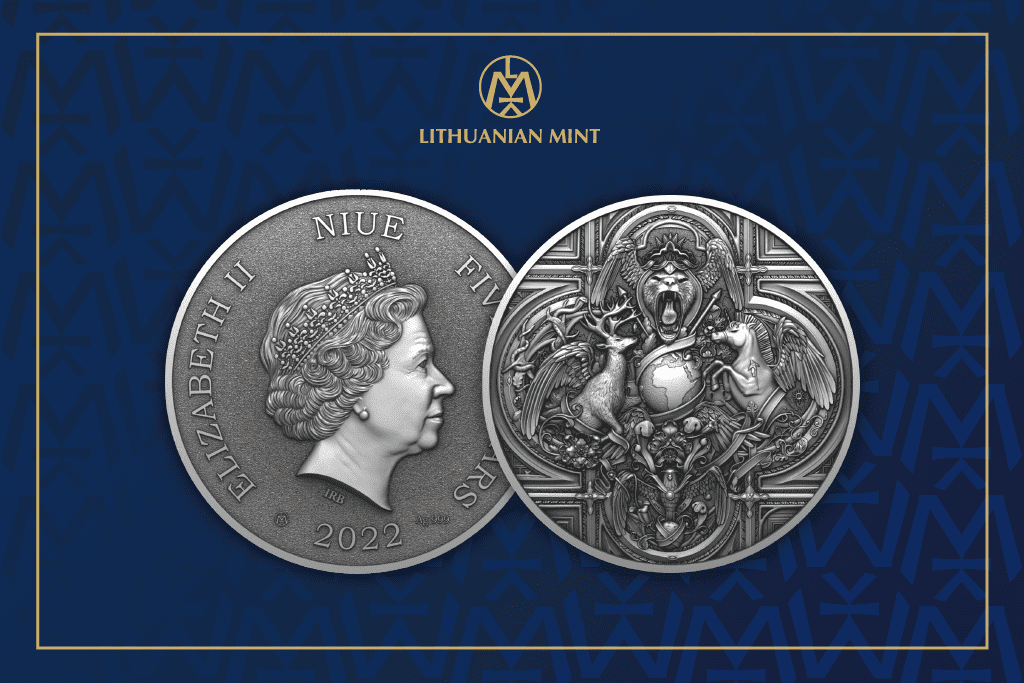 From a drawing on a piece of paper to a silver coin: ‘Wild Scenery’

We proudly present you the first piece from the ‘Wild’ series – the collectible silver coin ‘Wild Scenery’ from the upcoming ‘Wild’ series. It encompasses the beauty of wild animals, symbols of the natural as well as mystical world around us, and other decorative elements. The author of the coin is Louis Gibiard, a 19-year-old French artist with a unique talent – he creates masterpieces with a ballpoint pen and a piece of paper.

A full-time career that started as a hobby

The collaboration with the Lithuanian Mint was the first time L. Gibiard had to create design for a coin. When asked about his unique talent, Louis remembers his childhood. ‘I started drawing very early in life, but I’d say that it became a more serious hobby when I was around the age of 7,’ he reminisces. After a dozen years, the young man is happy to call this passion a career. ‘I work full-time as an illustrator & painter, although I am self-taught – I learned most of my skills by experimenting with many different mediums,’ Louis explains. ‘I use Pinterest a lot to find pictures that match the energy and look I want to get – it’s such a rich universe that allows me to create something completely unique each time, I find it fascinating!’ he laughs.

The masters of the Lithuanian Mint have transferred the work of a talented French man onto a silver coin of spectacular beauty, where reality and mystical elements collide. ‘I stumbled across a monument online, more specifically – the doors of Duomo di Milano,’ says L. Gibiard. ‘I thought it looked so good that I had to make something out of it – I don’t like copying pictures, so I went ahead and changed each panel to make something unique,’ explains the author. The design, reminiscent of the old coats of arms of various Scottish clans, is full of intricate details: we can spot oak leaves (a symbol of strength, fortitude, and independence), lilies (a symbol of a king or ruler), and the heraldic rose which is popular throughout the Old Continent and is often associated with the Tudor dynasty in England. ‘For every monument-inspired design I create, I usually look at Neo-classical, Victorian, or Greek art – anything that has a lot of intricate detail, or a lot of ornaments is something I’m obsessed with,’ adds Louis.

In the image, the viewer is mesmerized by scenes of wilderness and their symbolic representatives. At the center of the reverse, on either side of the globe, two Scottish symbols stare into each other’s eyes: a unicorn, which is considered the national animal, and a stag (red deer), which often roams the endless heather moors of Scotland. A lion, the king of animals, is seen at the very top, and an eagle, with its blood-curdling gaze and wings spread wide, stares at the viewer from the bottom part of the image. What is more, a serpent can be seen writhing on the antlers of the stag. The animals are surrounded by various decorative stripes, many of them recognizable from the houses of nobility throughout Europe. Attention to detail and precision set this enchantingly beautiful collectible silver coin apart from others.

The meaning behind the coin

The different animals depicted on the coin convey the majesty, power, and mystery of wild nature. Moreover, this coin reminds us that the Earth is not only ours, but also the home of flora and fauna, so we must live in harmony and respect each other. After all, we share the shelter of this planet together!

When asked about the feeling of seeing the design come to life, the author of the coin shares his excitement. ‘Having a physical object made based off something you originally did on paper blows my mind everytime,’ Louis exclaims. ‘It’s also a very refreshing experience, as I need to find the right composition to fit in a circle,’ he adds.

The obverse of the coin features a portrait of Her Majesty Queen Elizabeth II. The coin is made of aged silver and is minted using high relief technology. This coin, which celebrates the power and beauty of nature, will surely find a place in your numismatic collection.

We invite you to order the new coin of the Lithuanian Mint ‘Wild Scenery’ HERE.