Discover the story of one of the most famous English rulers, Elizabeth I | Lithuanian Mint
×
Free international shipping for orders over 300 EUR!
Back 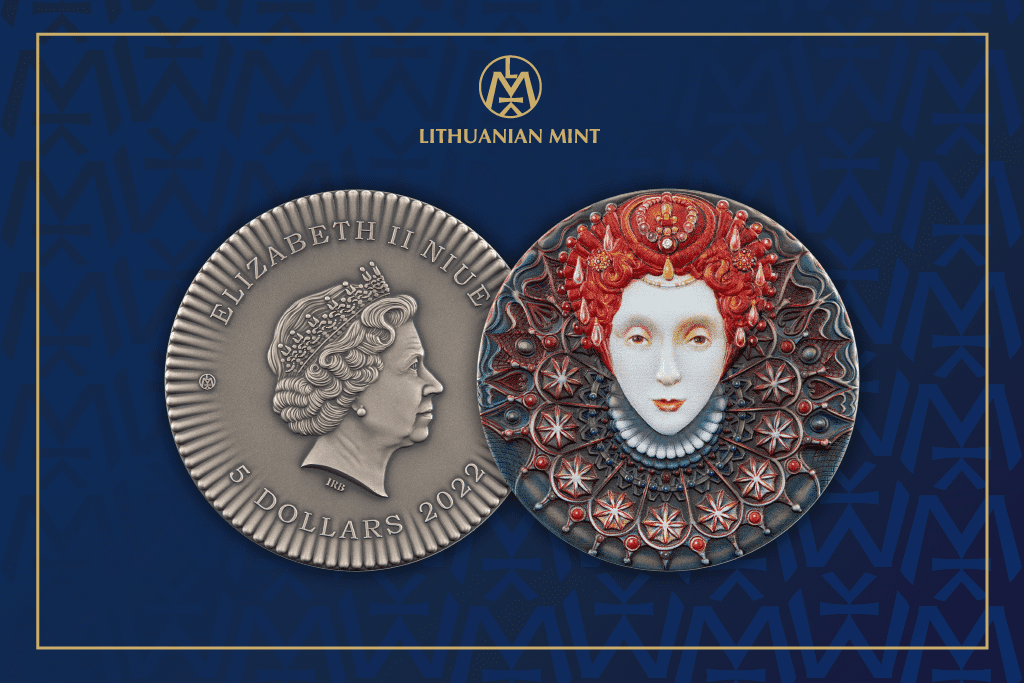 Discover the story of one of the most famous English rulers, Elizabeth I

The Lithuanian Mint has created a series of coins, ‘Women’, to honour the most prominent ladies who have become global inspirations. Here is the first coin in the series – a piece dedicated to one of the most famous English monarchs, Elizabeth I. It will delight not only collectors, but also those who like high-quality & meaningful gifts with interesting and engaging stories behind them.

Sometimes referred to as the Virgin Queen, the Queen of England and Ireland reigned from 1558 to her death in 1603. Although she received many marriage proposals, Elizabeth I remained unwed, hence her nickname. Bold in her rule but lonely, the Virgin Queen was often seen as an easy prey, so she was constantly courted by a variety of suitors. However, the Queen did not accept any of them, thus managing to maintain her popularity in society, and at the same time, to avoid dubious alliances that could weaken the country.

Elizabeth I was the last monarch of the House of Tudor, and her reign brought great changes both to English history and society. It was during the reign of Elizabeth I that the influence of the nobility declined, the quality of life of common people and merchants increased, the poor were more cared for, and the welfare state saw significant development.

History scholars make no secret of the fact that Elizabeth I was an exceptional ruler. Perhaps her artistic soul influenced her strong sense of empathy and desire for justice?.. She was a great writer and a poet, which may have contributed to the flourishing of literature and arts in England during her reign. Great attention was paid to exceptional personalities who became hugely successful and acclaimed, such as William Shakespeare or Ben Jonson, as well as other prominent artists and playwrights. It was also during the reign of the Virgin Queen that philosophical ideas began to circulate widely across the country.

However, perhaps because of her artistic nature, or perhaps because of her feminine desire to care for all who suffer in the country, Elizabeth I was sometimes presented as a hot-tempered monarch who quickly succumbed to emotions, especially when making important decisions. That is why her advisors played a major role in her environment – Elizabeth I gladly listened to them, discussed matters with them, and made the most important decisions about the ruling of the country together. One of the advisors was the well-known alchemist John Dee, a scholar who was said to speak the language of the angels. At some point during Elizabeth’s reign, he was even a personal astrologer to the Queen.

To show the noble, bright and courageous personality of this ruler, we have created a collectible coin of spectacular beauty. On the reverse side, the portrait of the queen is adorned with a natural white diamond that signifies the clarity and purity of the feminine nature, as well as the sharpness of mind. The coin is made according to state-of-the-art minting technologies, such as high relief and digital printing. This exceptional piece can be a perfect gift for a beloved woman, carrying the message that women are not only mothers or keepers of the hearth, but also courageous, exceptional and strong rulers. The obverse of the coin features a portrait of Her Majesty Queen Elizabeth II.

We invite you to order the new coin of the Lithuanian Mint ‘Elizabeth I’ HERE.